Life is a verb, not a noun.

Charlotte Perkins Gilman was a prominent American feminist, sociologist, novelist, writer of short stories, poetry, and nonfiction, and a lecturer for social reform. She was a utopian feminist and served as a role model for future generations of feminists because of her unorthodox concepts and lifestyle. Her best remembered work today is her semi-autobiographical short story “The Yellow Wallpaper” which she wrote after a severe bout of postpartum psychosis. 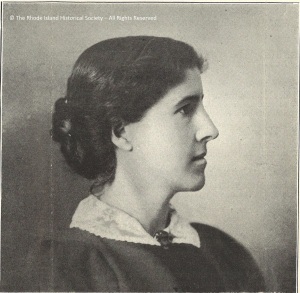 Charlotte Anna Perkins (July 3, 1860 – August 17, 1935) was born in Hartford, Connecticut, the daughter of Frederick Beecher Perkins (1828-1899) and Mary Anna Fitch Westcott (ca.1830-1892). She was a grand-niece of Henry Ward Beecher and Harriet Beecher Stowe. Her father left the family in 1867, and was later granted a divorce. Charlotte and her mother then spent an itinerant existence for several years before settling in Providence in 1873. They lived on Manning Street on the city’s East Side. Charlotte began course work at the Rhode Island School of Design in 1878, and found employment as an art teacher. She also worked as an illustrator, creating images for the Kendall Manufacturing Company of Providence, RI to use on their advertising cards for the laundry soap called Soapine. She married Providence artist Charles W. Stetson in 1884; they had one daughter, Katherine (1885-1979), and then were separated in 1888. Charlotte removed to California, where she developed a national reputation as an author, speaker and champion of women’s rights and other social causes. She received her divorce from Stetson in 1894, and married George Houghton Gilman in 1900. She died in California in 1935.
Probably her closest friend in Providence was Martha Luther (1862-a.1938), only surviving child of banker John Luther (1826-1876) and Emily Shaw (1832-1918). She married Charles A. Lane (1851-1894) in 1882, and lived in Hingham, Massachusetts after that date. They had two children: Charles C. (b. 1883) and Margaret L. (b. 1886).
The Charlotte Perkins Gilman Collection at the Rhode Island Historical Society consists of 32 letters and two letter fragments addressed from Charlotte Perkins Gilman to Martha Luther Lane between 1879 and 1890.
Twenty were written from Providence in the summer of 1881, while Martha Luther was vacationing in New Hampshire. These letters, reflecting an intense friendship, also show Charlotte’s disdain for convention and provide more than a hint of the strong feminist stance that would later bring her fame.
Nine of the letters were written from Pasadena, California in 1889 and 1890, after Charlotte had freed herself from a difficult marriage and begun her writing career in earnest. These letters discuss the great emotional turmoil of the past several years, including a difficult marriage, birth of a daughter, a nervous breakdown, and finally a new start in life.
The collection also contains a promotional brochure for Gilman’s lectures, dating from about 1906, with a couple lines of notes in her hand.
Though sources indicate that the correspondence of these two women continued until a few months before Charlotte’s death in 1935, none of the letters beyond 1890 are known to have survived. Martha Lane’s letters to Gilman are also apparently lost. However, this surviving portion of their correspondence has already proven to be of great interest to Gilman scholars, as she had foreseen: “Incidental thought, wouldn’t these letters of mine be nuts for commentators! If & if of course, but how they would squabble over indistinct references and possible meanings!” (August 13, 1881).

Some examples of the illustrations that Gilman would often include with her letters:

Some samples of Gilman’s art work from our Ephemera Collection: 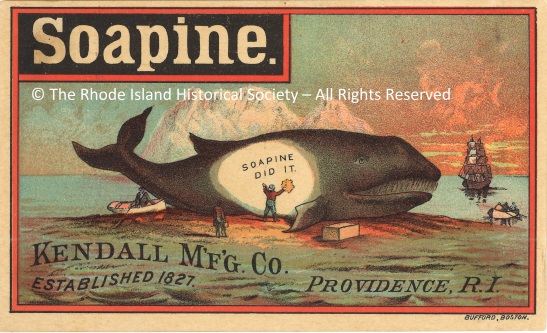 A promotional brochure for Gilman’s lectures:

A few select pages from a compilation of suffrage poems that Gilman compiled:

“The labor of women in the house, certainly, enables men to produce more wealth than they otherwise could; and in this way women are economic factors in society. But so are horses.” CPG
Resources:
https://www.rihs.org/mssinv/Mss437.htm
https://en.wikipedia.org/wiki/Charlotte_Perkins_Gilman
https://gilmanswallpaper.wordpress.com/charlotte-perkins-gilman/