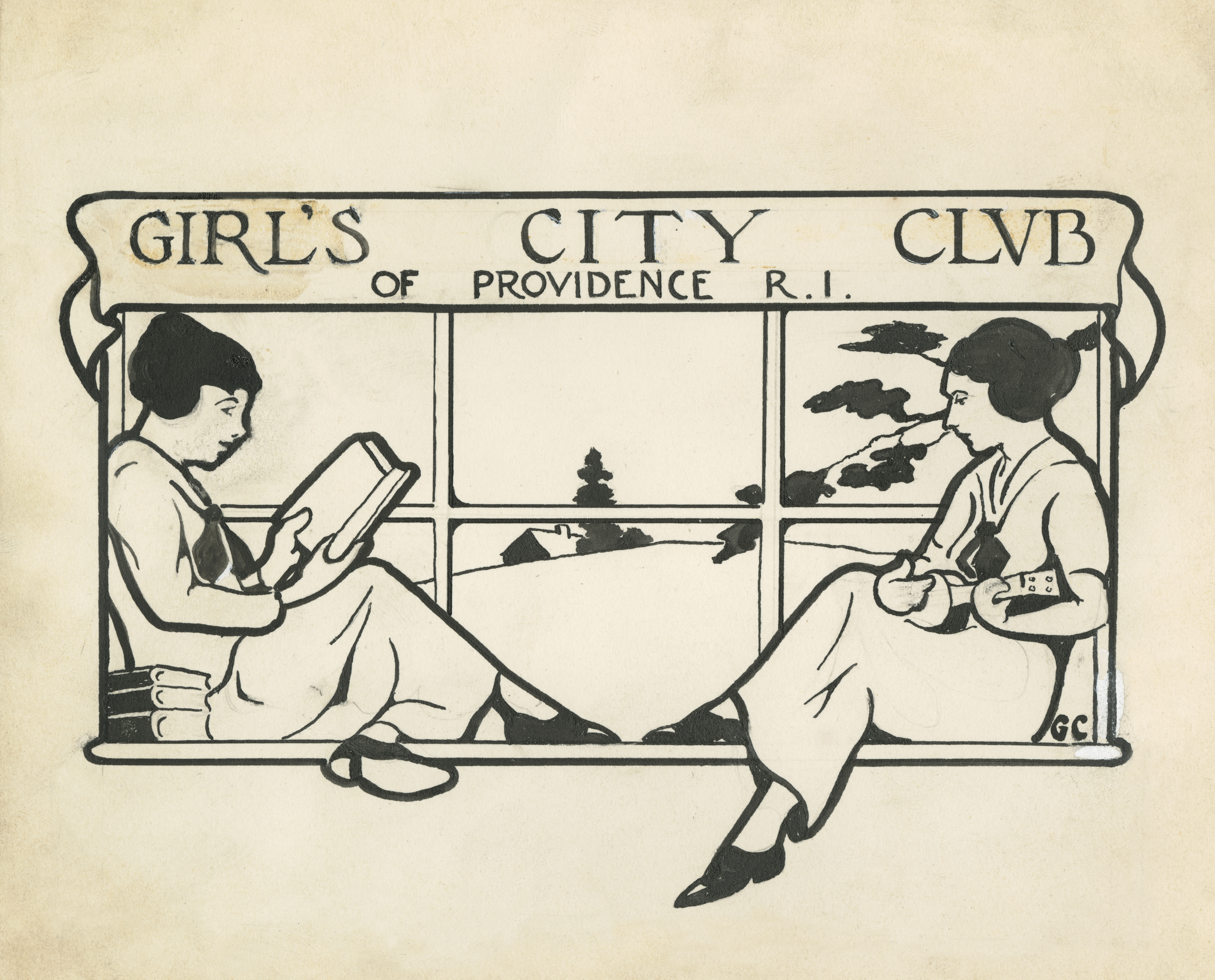 The Girls’ City Club (GCC) of Providence (MSS 438) was founded in 1920 out of recognition that many social and recreation spaces were available to boys and young men, but very few for young women outside of the home or school. Following in the footsteps of earlier women’s clubs established for cultural, social, and civic engagement, the GCC was formed to:
“Promote good fellowship among girls, developing their social, educational, and recreational opportunities and increasing their power and opportunities for service through the medium of non-sectarian and self-governing organization.”
The club was open to any young woman over the age of 17 (unmarried and never divorced). Activities ranged from sewing and etiquette classes, dancing, theatre performances, lectures, and book talks. Sports and weekend outings were also very popular with the members.

Charitable Spirit
Together with the American Homemaker’s League (MSS 33) the Girls’ City Club of Providence operated a charity shop in downtown Providence. The Community Service Salvage Shop located on  street.


Supporting the War Efforts
In 1941 the GCC was asked to host social events for the 6th Army Corps that was stationed in the city; shortly after that, the navy arrived at Quonset Point. Without a USO in Providence, the women of the GCC again took up hosting duties. The club maintained a tradition of programs, dances, and outings with men serving in the military; this is evidenced by the numerous letters written to the club from men serving in World War I through Vietnam.


The End of an Era
With dwindling membership and a meeting space designated for demolition, the club could not sustain the energy necessary to continue. On March 8, 1970 the club closed after 50 years of service.
To see some of our favorite images featuring these young women, check out the Arcade window exhibit. This collection is available for research at the RIHS Robinson Research Center.